Top posting users this week
Ads
Who is online?
In total there are 4 users online :: 0 Registered, 0 Hidden and 4 Guests 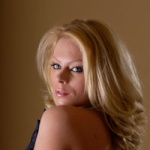 1. Eligibility
The Zest High Intensity $5,000 Vegas Weekend
Online Sweepstakes (the “Promotion”) is open only to legal residents of the
fifty (50) United States (including District of Columbia) who are at least
eighteen (18) years old at the time of entry. Void in Guam, Puerto Rico, the
U.S. Virgin Islands, and other U.S. territories and possessions, overseas
military installations and where prohibited by law. Employees of High Ridge
Brands Co., matrixx Pictures LLC or any of their respective affiliates,
subsidiaries, advertising agencies, or any other company or individual involved
with the design, production execution or distribution of the Promotion and their
immediate family (spouse, parents and step-parents, siblings and step-siblings,
and children and step-children) and household members (people who share the same
residence at least three (3) months out of the year whether related or not) of
each such employee are not eligible. The Promotion is subject to all applicable
federal, state and local laws and regulations. Participation constitutes
entrant’s full and unconditional agreement to these Official Rules and
Administrator’s decisions, which are final and binding in all matters related to
the Promotion. Winning a prize is contingent upon fulfilling all requirements
set forth herein.

4. How to Enter
Visit www.facebook.com/ZestSoap (the
“Website”) during the Promotion Period and access the online entry form. You
will receive one (1) entry into the Promotion upon successful completion and
submission of the online entry form. Administrator and Sponsor reserve the right
to contact entrants whose email address is submitted as part of this promotion.
Entrants may then choose to opt-out of future email notifications.


Limit of one (1) entry per person per day during the Promotion Period.
Multiple participants are not permitted to share the same email address. Any
attempt by any participant to obtain more than the stated number of entries by
using multiple/different email addresses, identities, registrations and logins,
or any other methods will void that participant’s plays and that participant may
be disqualified. Use of any automated system to participate is prohibited and
will result in disqualification. Sponsor is not responsible for lost, late,
incomplete, invalid, unintelligible or misdirected registrations, which will be
disqualified. In the event of a dispute as to any registration, the authorized
account holder of the email address used to register will be deemed to be the
registrant or player. The “authorized account holder” is the natural person
assigned an email address by an Internet access provider, online service
provider or other organization responsible for assigning email addresses for the
domain associated with the submitted address. Potential winners may be required
to show proof of being the authorized account holder. All entries become the
sole and exclusive property of Sponsor or Administrator and will not be
returned.


5. Winner Selection
Prize Drawing: On or about June 3, 2013, one (1)
potential Grand Prize winner will be randomly selected from all eligible entries
received during the Promotion Period.

6. ALL POTENTIAL WINNERS ARE SUBJECT TO VERIFICATION BY ADMINISTRATOR
WHOSE DECISIONS ARE FINAL AND BINDING IN ALL MATTERS RELATED TO THE PROMOTION.

8. Prizes
ONE (1) GRAND PRIZE WINNER: The Grand Prize Winner will
receive the ultimate High Intensity Vegas Weekend prize package, which consists
of four thousand five hundred dollars ($4,500 USD) awarded as a check to be used
for travel or other expenses at sole discretion of Winner, and one hundred and
fifty (150) manufacturer coupons for Zest High Intensity Atomic Body Wash, Zest
High Intensity Force Body Wash, Zest High Intensity Atomic Bar Soap, or Zest
High Intensity Force Bar Soap (“Prize”). The Approximate Retail Value (“ARV”) of
Grand Prize is $4,999.99. When presented without decimal places, the prize value
may be rounded and referred to as $5,000 which in actuality refers to the ARV of
$4,999.99. Actual value may vary. Any stated difference between the approximate
value and actual value of Grand Prize or any substituted prize will not be
awarded.


No cash equivalent for the prizes, prizes are non-transferable and no
substitution will be made except as provided herein at the Sponsor’s sole
discretion. Sponsor reserves the right to substitute any listed prize for one of
equal or greater value for any reason. Winner is responsible for all taxes and
fees associated with prize receipt and/or use. Odds of winning depends on the
number of eligible entries received during the Promotion Period.


9. Entry Conditions and Release
By entering, each participant agrees
to: (a) comply with and be bound by these Official Rules and the decisions of
the Administrator and/or the Sponsor which are binding and final in all matters
relating to this Promotion; (b) release and hold harmless the Sponsor, the
Administrator and each of their respective parent, subsidiary, and affiliated
companies and any other organizations responsible for sponsoring, fulfilling,
administering, advertising or promoting the Promotion, and all of their
respective past and present officers, directors, employees, shareholders, agents
and representatives (collectively, the “Released Parties”) from and against any
and all claims, expenses, and liability, including but not limited to negligence
and damages of any kind to persons and property, including but not limited to
invasion of privacy (under appropriation, intrusion, public disclosure of
private facts, false light in the public eye or other legal theory), defamation,
slander, libel, violation of right of publicity, infringement of trademark,
copyright or other intellectual property rights, property damage, or death or
personal injury arising out of or relating to a participant’s entry, creation of
an entry or submission of an entry, participation in the Promotion, acceptance
or use or misuse of Prize (including any travel or activity related thereto)
and/or the broadcast, exploitation or use of entry; and (c) indemnify, defend
and hold harmless the Released Parties from and against any and all claims,
expenses, and liabilities (including reasonable attorney’s fees) arising out of
or relating to an entrant’s participation in the Promotion and/or winner’s
acceptance, use or misuse of a Prize.

10. Publicity
Except where prohibited, acceptance of a Prize
constitutes winners’ consent to Sponsor’s and its designee’s use of winner’s
name, likeness, photograph, voice, opinions and/or hometown and state for
promotional purposes in any media, worldwide, without further payment or
consideration. IF ENTRANT IS CHOSEN AS A WINNER, ENTRANT’S PERSONAL IDENTIFYING
INFORMATION MAY BE DISCLOSED TO THIRD PARTIES INCLUDING, WITHOUT LIMITATION,
PLACING ENTRANT’S NAME ON A WINNER’S LIST AS REQUIRED BY STATE LAW.

11. General Conditions
Sponsor reserves the right to cancel,
suspend and/or modify the Promotion, or any part of it, if any fraud, technical
failures or any other factor beyond Sponsor’s reasonable control impairs the
integrity or proper functioning of the Promotion, as determined by Sponsor in
its sole discretion. Sponsor reserves the right in its sole discretion to
disqualify any individual it finds to be tampering with the entry process or the
operation of the Promotion or to be acting in violation of these Official Rules
or any other promotion or in an unsportsmanlike or disruptive manner. Any
attempt by any person to deliberately undermine the legitimate operation of the
Promotion may be a violation of criminal and civil law, and, should such an
attempt be made, Sponsor reserves the right to seek damages from any such person
to the fullest extent permitted by law. Sponsor’s failure to enforce any term of
these Official Rules shall not constitute a waiver of that provision.

12. Limitations of Liability
The Released Parties are not
responsible for: (1) any incorrect or inaccurate information, whether caused by
entrants, printing errors or by any of the equipment or programming associated
with or utilized in the Promotion; (2) technical failures of any kind,
including, but not limited to malfunctions, interruptions, or disconnections in
phone lines or network hardware or software; (3) unauthorized human intervention
in any part of the entry process or the Promotion; (4) technical or human error
which may occur in the administration of the Promotion or the processing of
entries; or (5) any injury or damage to persons or property which may be caused,
directly or indirectly, in whole or in part, from entrant’s participation in the
Promotion or receipt or use or misuse of any Prize. If for any reason an
entrant’s entry is confirmed to have been erroneously deleted, lost, or
otherwise destroyed or corrupted, entrant’s sole remedy is another entry in the
Promotion play, provided that if it is not possible to award another entry due
to discontinuance of the Promotion, or any part of it, for any reason, Sponsor,
at its discretion, may elect to hold a random drawing from among all eligible
entries received up to the date of discontinuance for any or all of the Prizes
offered herein. No more than the stated number of Prizes will be awarded. In
event that production, technical, seeding, programming or any other reasons
cause more than stated number of Prizes as set forth in these Official Rules to
be available and/or claimed, Sponsor reserves the right to award only the stated
number of Prizes by a random drawing among all legitimate, unawarded, eligible
Prize claims.


15. Promotion Results
To obtain a copy of the winner list, send a
self-addressed stamped envelope to Zest Vegas Sweepstakes c/o matrixx Pictures
LLC, 3122 Santa Monica Blvd., Ste. 201, Santa Monica, CA 90404. Winner’s list
requests will be accepted no later than June 30, 2013. VT residents may omit
return postage. These Official Rules will be posted at the Website during the
Promotion Period.


These Official Rules may not be reprinted or republished in whole or in part
without the prior written consent of Sponsor. This Promotion is in no way
sponsored, endorsed or administered by, or associated with, Facebook®. Direct
any questions/comments/complaints regarding this Promotion to the Sponsor, not
Facebook®. Each Entrant will be providing his/her information to the Sponsor and
not to Facebook®. Facebook® is completely released of liability by each entrant.
The information each Entrant provides will only be used for the Promotion.
Facebook® is a registered trademark of Facebook, Inc. All rights are
reserved.