Posts : 295
Points : 33
Join date : 2012-01-16
Anyone experience this? My contest is on Offerpop on Facebook, I've been leading the way the whole time (little over a week since it started) thanks to everyone's help here (had 80 votes). The next closest person had 20! They other votes were steady coming in. Somehow, since this morning several of the other pictures got 70-80 votes. Glitch in the system? Did the others suddenly figure out how to get more votes and that many in just a few hours?! What do you think happened!?

My kids are Haven & Asher.

Posts : 295
Points : 33
Join date : 2012-01-16
yeah, I suppose. Its just really odd. I've participated in contests on this page before, the votes always stay consistent in their contests. The one in 3rd behind my 2 started with 12 votes when I started (I joined the contest a few days late) and in the past week gain less than 10 votes, then suddenly got over 70 votes in a few hours. The other pictures were also in it before me, starting with less than 10 votes each and stayed that way for over a week then jumped 80+. And there are no comments with their pictures (usually if friends are voting, they leave comments)..... I guess I better up my effort and just have to keep voting exchanging here

Still have over 2 weeks to go!

My votes have been steadily climbing since I joined this contest on the 16th. I was holding first and second place. Third place (Lindsay) was gaining 2-3 votes a day, the others none. Then on July 23, almost all the pictures gain a large amount of votes in a few hours. (Phil - 80, Carmyn - 87, Lindsay - 65, Dwayne - 78, Michael - 54). I just happen to have my phone's browser window still open from the night before and took a screen shot of what the votes looked like then (it looked the same the following morning. I took another screen shot when I saw the jump in vote around noon on the 23rd. (see photo 1 & 2)

I find it very odd that photos that have gotten little to no votes for days suddenly receive 80+ votes over a few hours, then nothing again for a week, then the same people get 200+ votes again a week later in a few hours.

Here are the screen shots, What do you think?
Photo #1 July 22 PM

Posts : 295
Points : 33
Join date : 2012-01-16
I did try to find the competition, I can't find any posts from any of them, except one who posts here. I've check other boards too. Its also odd that those 5 did not have any comments on their pictures, how do you get 200+ votes and no one comments? I don't think all 5 are cheating, I think one is doing it and padding the others so they are not so obvious. I contacted Pmall and they are looking over the reports from OfferPop and if they see anything suspicious they will disqualify them or if there was a glitch in the system they will remove the extra votes. They said it could be a server time out and when it comes back up the votes are added. But wouldn't that affect all the pictures? Mine have never had a unusual jump in votes, along with 2 others. This has happened twice, both times on Monday, we'll see if it happens again this Monday...

FYI - Phil & Camryn have not gotten single vote since their 250+ vote gain on Monday! 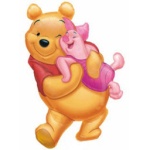 Posts : 157
Points : 41
Join date : 2011-12-04
Definitely cheating in the Offerpop contests! I was in one awhile ago and the person who won kept getting bursts of 200-330 votes in a matter of seconds. Unfortunately Offerpop is not a secure voting platform.

Posts : 100
Points : 81
Join date : 2013-02-27
I've seen at least one entry in the contest I'm in that I'm SURE is a cheater. It happened tonight. Me and a family member watched his votes go up literally by just about 100 votes inside of 15 minutes... with no additional views to his video and no additional comments or "Likes". Only the vote numbers changed in that 15 minute time span. Mind you, most entries in the contest are lucky if they get 100 votes over the course of a whole day. 100 is 15 minutes? I'm pretty sure -- I'd bet money -- that he went to a vote-buying service and bought a 100-votes to give him a boost.

And I know there are people who don't think vote-exchange is all that ethical either, but at least it takes persistance and includes friendly exchanges. Watching this guy's video go up by 100 votes in 15 minutes, and knowing it was a cheat... well it was just discouraging and immediately took all the fun out of the contest.

Sad part of all this... his video is actually good. One of the better ones in the whole competition! I even voted for it on the first day. But to now know he went out and bought 100 votes - I've lost all respect for him.

Yes it's sad people have to cheat and buy votes. I had a similar situation with a contest 2 years ago. It took me a week to get 1,00 votes, despite the fact I had, at the time, 3,000+ Facebook friends who had no interest in helping me at all. Yet in the last week of the contest, 3 of the competitors went up 10,000 votes overnight.

When it comes to "buying votes" it boils down to the prize going to the person or persons who have the money to "buy" the prize. When someone runs a contest, they are doing it, NOT to give away prizes, but to market their ideas, business, products, etc. when someone "buys" votes, that sponsor is not getting REAL people visiting their site...but maybe ONE person with lots of accounts/IPs/emails etc. With a GOOD Vote Exchange, especially one like Contest Galaxy, where we monitor our voters to make sure we don't have cheating going on (hence our ONE vote for ONE vote rule), those sponsors are getting REAL people visiting their site(s). Sadly a lot of Vote Exchanges are not monitoring their users and they are rife with cheating, as well as users not really returning votes even if they say they are :( . Gives us all a bad reputation.

Posts : 100
Points : 81
Join date : 2013-02-27
Believe me, I'm in marketing so I know that companies run these contests just to do branding and to drive traffic. And I know what you mean about having a lot of FB Friends, but only a few who will actually help. Let's just say that in a variety of places I have over 20,000 legitimate followers, friends and fans, yet it's like pulling teeth to get people to actually vote! Talk about frustrating! 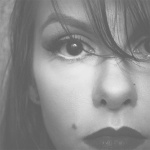