Top posting users this week
Ads
Who is online?
In total there are 4 users online :: 0 Registered, 0 Hidden and 4 Guests

How do you deal with a greedy person at your function's buffet?

Posts : 32219
Points : 16102
Join date : 2011-05-23
Age : 54
Location : Kirkwood, Pennsylvania
Recently a friend of mine held a fund raiser for breast cancer research (Shimmies for the Cure). She holds this function every year and ticket price includes a buffet. I always help her out and this year especially we seemed to have some problems with overly greedy people.  One guy absolutely filled his plate to overflowing no less than FIVE times before most people had even gotten one helping.  This meant we ran out of the first half even before the intermission and we had to put out the second servings right away leaving us with very little of some dishes for the intermission and second half...and the dancers in the second half don't even get to eat until after the show is over ... meaning we are out of a lot of things when we shouldn't be.  Another issue was two people said they didn't want the food and finagled my friend into selling them the show tickets without the meal.  With no way to now track them since the function included the meal, those two wound up getting food anyway despite the fact they paid a LOT less than everyone else who did pay for the buffet.  I mean this was a fund raiser and that food cost $900 to begin with which winds up taking away from the profits that could have gone to the foundation because she has to buy more food.

Any tips on how we can handle things next year to avoid this?  We are considering limiting trips to two for each person and using meal tickets.  But despite the fact that I am manning the buffet table, I also perform so the table is unmanned for the duration I am in the dressing room and waiting to go on myself :P .
_______________________________________
BEFORE you post ANYTHING,
visit http://www.contestgalaxy.com/t17200-read-first-now-that-you-are-a-member-how-do-you-open-your-own-thread
READ the Forum Rules then post that you have "READ, UNDERSTAND and AGREE to the forum rules."
IF YOU CAN'T BE BOTHERED TO READ and FOLLOW THE RULES, THEN WE CAN'T BE BOTHERED TO LEAVE YOUR REQUEST POSTED - IT WILL BE REMOVED. 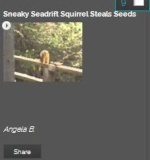 Posts : 267
Points : 107
Join date : 2013-09-20
Age : 44
Location : Texas
There is something about a buffet that make people think it is unlimited food!  Go to any cruise ship discussion forum and there are lots of posts about bacon hoggers!  I would suggest not allowing  any (no food) tickets. Everyone pays for the food whether they eat it or not. It is a fundraiser! If the food runs out before second half- it stays that way till the second half!

The guy that got 5 plates...... he will have to deal with his own consequences and health issues that his gluttony will cause.

Posts : 2593
Points : 825
Join date : 2010-11-18
Age : 30
Location : Pennsylvania
I was going to mention catering like Angela did, unless you just let the food run out til whenever it was planned to put the rest out, maybe just having a dinner would be better? I don't know if catering would cost you more or what the situation with cooks, etc. would be to even have some people volunteer to do it.

Unless you had a specific table, IF you catered, no non-food tickets. And if they did want something, maybe have some extras of an appetizer or something, so if they wanted some food, you could charge them for it, it would be less than a full meal maybe, but you make something off it, and are not running out of food. Also, maybe you could do bread sticks or something cheap at the tables, or whatever they sit at...


Most fundraisers I've heard of, they just offer a dinner.
Maybe you could do a salad bar where people could just go up and get food too? Or that could be like the "freebie" part of a non-food ticket. I haven't done a fundraiser so I don't know, just some ideas.
_______________________________________
You MUST vote for 6 others and show vote/like #'s where available.
Your Header MUST have an end date.
Selective Returns MUST be stated in your header.
ONE topic/contest; contest/topic; acct/person; person/acct.

Re: How do you deal with a greedy person at your function's buffet?